Fred Hutch is currently evaluating its approach to supporting data-intensive research (often called data science). As part of this work, we ran a “customer survey” in January to help tell the story of the Coop and fredhutch.io. We sent the survey out to our community via Slack, email, and word of mouth, and our response rate wasn’t too shabby given the short turnaround. We had 53 respondents from a range of divisions and groups:

“In the last 6 months, how often have you attended or engaged in the following Coop-supported activities?” 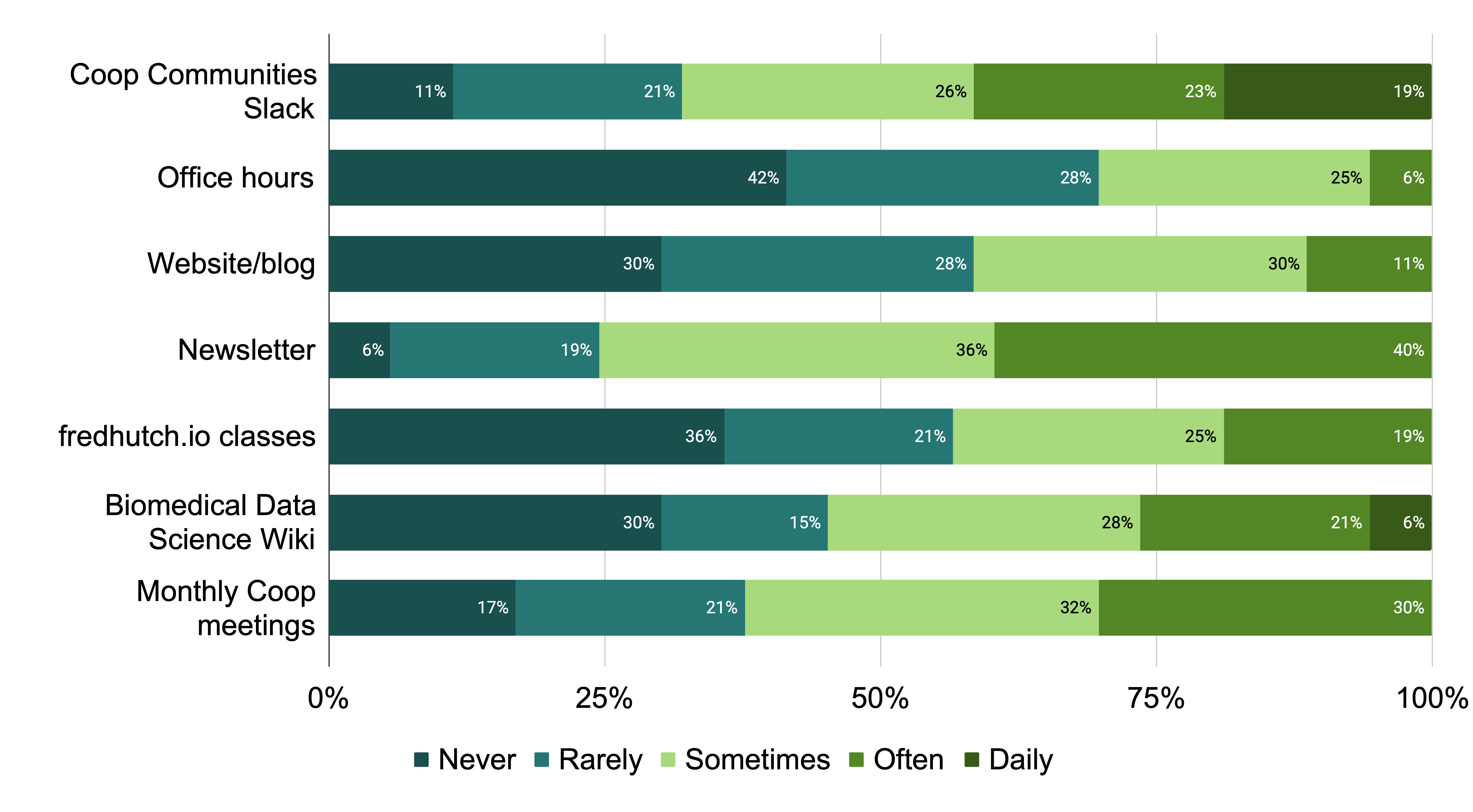 “Indicate your level of agreement with the following statements” 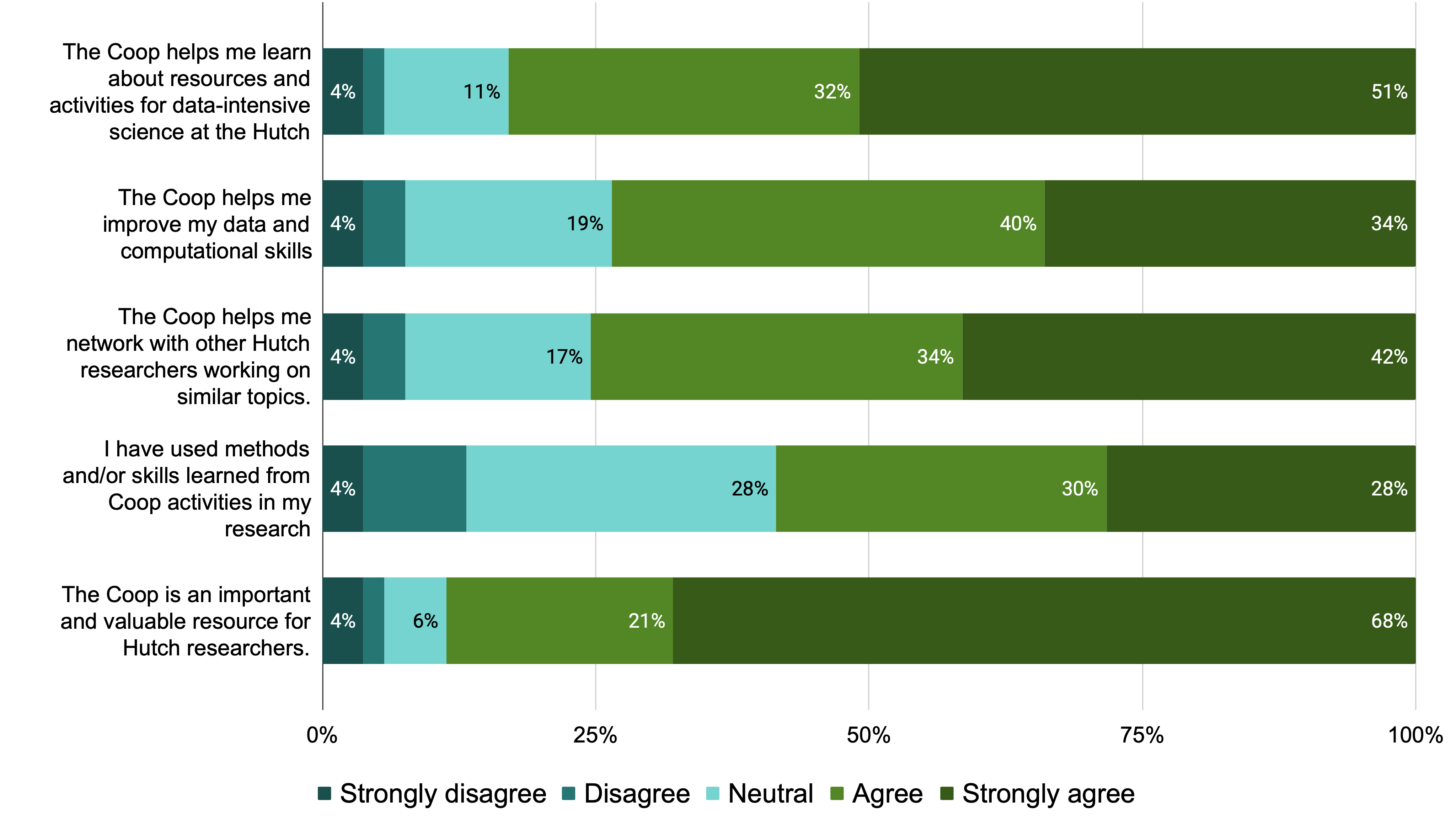 We received dozens of comments from respondents about the impact of the Coop and fredhutch.io. A few of our favorites:

In the last 6 months, how often have you attended or engaged in the following Coop-supported activities?

Indicate your level of agreement with the following statements

Thanks for supporting our community, and stay tuned for more information!

You May Also Enjoy

Last spring, we reported on a collaborative project between our team and University of Washington’s Master of Science in Data Science (MSDS) program in which...

Retiring the Coop and transitioning to Hutch Data Core Training

As announced in our last community update, we have joined Shared Resources as a part of the newly formed Hutch Data Core. We are currently in the process of...

Motivating questions: What are our values? How do we build trust and facilitate collaboration?

How a Club is Closing the Gender Gap in Coding

In a group of people, women are 75% less likely to speak up than a male group member. Because chances are their ideas will get rejected or gaslit by their ma...